What's even more difficult to find than an otter? 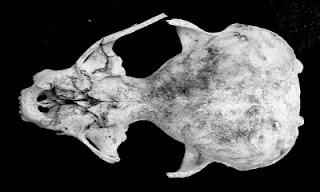 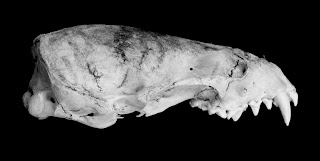 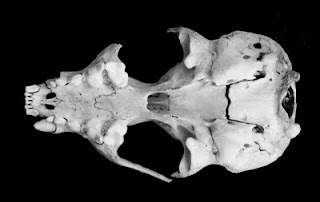 As we were walking around the Applecross peninsula looking for otters, we wondered what happened to their remains after they died. We decided that a good proportion would be taken by the sea while others may just lay in holts that then become unused. Certainly it would be highly unlikely that humans ever came across the bones of an otter.

Of course, the very next day we found this otter skull about ten yards beyond a beach, no doubt washed up on a high tide. It had certainly been weathered and had lost the lower jaw, but most of its teeth were still present.
Posted by Simon and Jo at 07:08