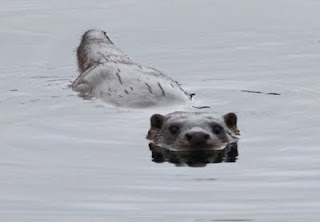 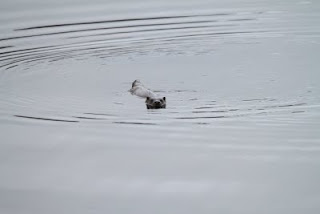 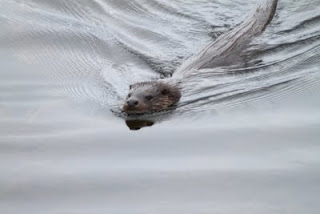 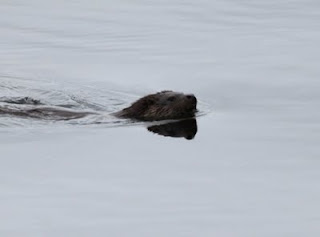 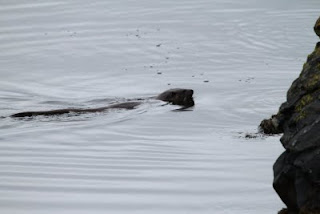 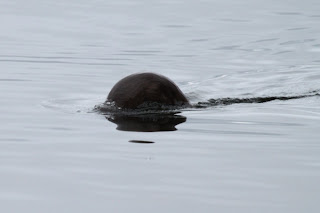 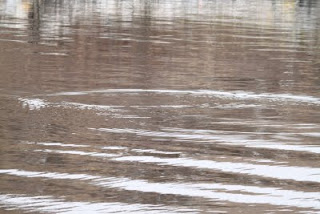 Our pals Pete and Charlie came up on Thursday evening to stay at the Applecross Inn for a few nights and to hang out. Simon and I woke up early on Friday morning to what promised to be a stunning day. The sea was mirror calm and everything was completely still and quiet. We decided to hop up and get out for some early morning otter spotting before we met with Pete and Charlie.
Toscaig was a different place than on Monday when we'd seen our little otter in the choppy waters. It was so peaceful and still and a great start to the day to be stood there scanning around with our bins. After about half an hour with no sign of an otter Simon thought to photograph a boat picturesquely mirrored in the water and discovered that the SD card he'd put in his camera earlier was faulty. I could hear him cursing and mucking about with it near the car as I lined up a picture of a seagull sitting on a nearby rock.
I'd just taken the shot when my heart stopped as I noticed a little head swimming towards the rock! "Where did you spring from?" I stooped down and began snapping the otter as he peacefully cruised about occasionally taking a leisurely dive- at which points I whisper shouted at Pants and made mad arm wavings to indicate what I was about. Poor Pants managed one photo on a smaller setting but at least he got to watch with me as the otter cruised around in the still water.
As usual he seemed to notice us and came to investigate. I was shaking like a leaf with sheer adrenelin- it was so exciting to be so close to this beautiful wild animal and realise he was obviously feeling safe and confident and very curious about us. He came over to have a look twice before eventually calmly swimming away across the bay ultimately diving down and leaving us with an example of what Gavin Maxwell meant when he described "A Ring of Bright Water"
Otters! I love them to bits. It was such a great priviledge to again get to see them on our annual excursion to Applecross (my favourite place in the world)
It has taken me quite a long time to shake off my mope after this holiday - I really have missed waking early to look out the window at the sea. To know that each day offers a genuine possibility of gazing on one of the most engaging, charming and characterful animals we have in UK. (Apart from Simon obviously)
As always the food and crack at the Applecross Inn was fantastic too (thanks to Judith and gang) Can't wait for next year!!
Posted by Simon and Jo at 02:43